Sweetheart Tag and the Sunshine Award 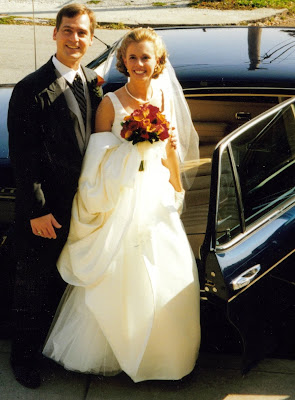 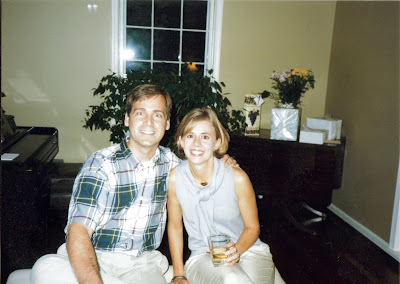 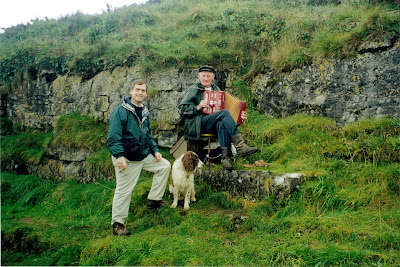 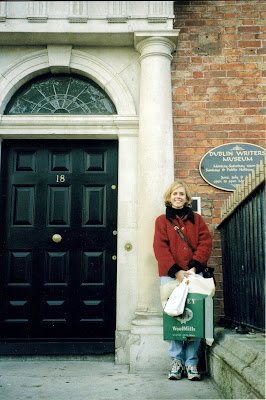 First of all, thanks to everyone for your kind get-well wishes. I’m not 100 percent, but I’m on the mend. Looking forward to the weekend so I can catch up on more rest.

One of my favorite bloggers, Queen Bee Swain, tagged some of us married ladies with the Sweetheart Tag, asking us to describe how we met and fell in love with our husbands. Great idea for a post, is it not? So, here’s our story, hope you like it.

The short version: Hubby and I met on a blind date in a pub.

The not-so-short version (And you’re a sport if you hang in there and read this lengthy post today): I was 24 years old and had just moved back to Louisville from Lexington, where I had been working for a PBS affiliate. I had taken a job as a PR manager for a local performing arts organization. To get me up to speed in my new role, Carin, the temporary PR manager, trained me and we became fast friends. Carin was expecting her first child and planning to be a stay-at-home mom. As we got to know each other over meetings at coffee houses and such, she listened to my sad dating stories. That’s when she said I needed to meet her friend Chris, who lived out of town. She and her friends were conspiring to somehow get him to move back to Louisville and apparently I was going to be the key in completing this task. So, the plan was to have Chris come to town and a group of us go out to dinner.

We met with Carin and her husband and another couple at a local Irish pub. When I first met Chris, I liked what I saw. Very attractive, polite, courteous, you name it. We talked during dinner and learned we were both English majors, of Irish-Catholic descent and enjoyed reading and writing. We had very similar backgrounds. I really liked him.

After talking with Carin that following Monday, I learned that Chris and I had the same birthday. In her words, “What?? Oh, hand of God! Fate!” We’ll see, I thought. Sure enough, Chris called me at work that afternoon and asked me out on another date. As it turns out, though, he had been set up the previous weekend with another girl, and was scheduled to have a second date with her as well. He then called her, though, and he told her he didn’t think it was going to work. He’d met someone else. :)

So, that was February of 1998. We dated long-distance for five months and both fell for each other rather quickly. He then moved back to Louisville in late August and got a new job. That Thanksgiving, while at my parent’s house overlooking the lake, he asked me to marry him. We were married on October 16, 1999 in Louisville. I’ve included a photo from that lovely day, as well as a pic from one of our engagement parties, hosted by Carin (or as she referred to herself at that time, “Emma” since she succeeded in her matchmaking effort). We then spent a glorious 10 days in Ireland on our honeymoon. The photo of Chris above was taken on the Aran Islands, while the pic of me is in front of the Dublin Writers’ Museum (Wow, we look young!).

So, 10 + years and two kids later, we’re still together and life is good. Thank you, Chris, you are the love of my life.

Sunshine Award
Thanks to Aspirations of a Southern Housewife for bestowing the “Sunshine Award” upon my modest little blog. The award is given to bloggers whose positivity and creativity inspire others in the blog world. How sweet is that?! So, I’m now going to pass along the sunshine and present this award to some of my favorite bloggers who make my day a little brighter (You know the rules, pass along the sunshine to your 12 favorite blogs). Of course, there are so many of you who make my day bright. I’ll be mentioning you in future posts as well.

The Aran Islands are right here outside my window, so today I'll look at the sun reflecting off their craggy edges and think of your happy story!

What a lovely couple you are! That was a very touching story. It seems as though you two were meant to be soul mates.My wife and I are CIAs (Catholic Irish-Americans) as well.I wish you both a long and happy journey together.
Thank you for your mention. I have no idea how it works, but I'll try .

Good to hear you are feeling a bit better.
Your story really made me smile. See, your friend was right: fate!!
xx MM

Oh, and thank you so much for the Sunshine Award. I am feeling very honoured.

Love the pictures, so beautiful - fun to read your story.

Oh, my, oh my. I just stopped by for a regular visit and when I reached the bottom of your love story, there I was.

I'm so flattered and I'm in such good company.

Thank you, thank you. I'll do my best not to disappoint. Do we have deadlines? (That's the journalist in me, it's probably the procrastinator in me as well -- have to be up against the wall.)

Ooooops, I'm with James. We just name names? It's as easy as that? (It's difficult, but it's easy if you see what I mean.)

I wish you two a happy ever, ever after.

Hi there - that wasn't a long story at all and I loved reading it. Nothing better than reading about how people get together or maybe I am just a bit purvey!! Love it!! And thanks for tagging me. Hope you get better soon. xoxo

you two are adorable....so i am reading your story...and loving all of it..and then i come to this..the award section ! and there i am....thank you so much for including me...it made me so HAPPY to know that you enjoy Farmhouse so much....what a delightful surprise.....

What a wonderful story-and you and your husband make such a striking pair. Congratulations on your marriage and family.

And thank you for the award! That was very exciting.

What a lovely story ~ you look beautiful in the photos!

Thank you for the award ~ you are too sweet!

You make such a beautiful couple! I just love 'happily ever after' stories!
Please forgive me, I have been trying to play catch up on my blog reading and I almost missed this post. I would have never seen that you honoured me with this wonderful award! Thank you so very much, you are too sweet!

A Place to Dwell